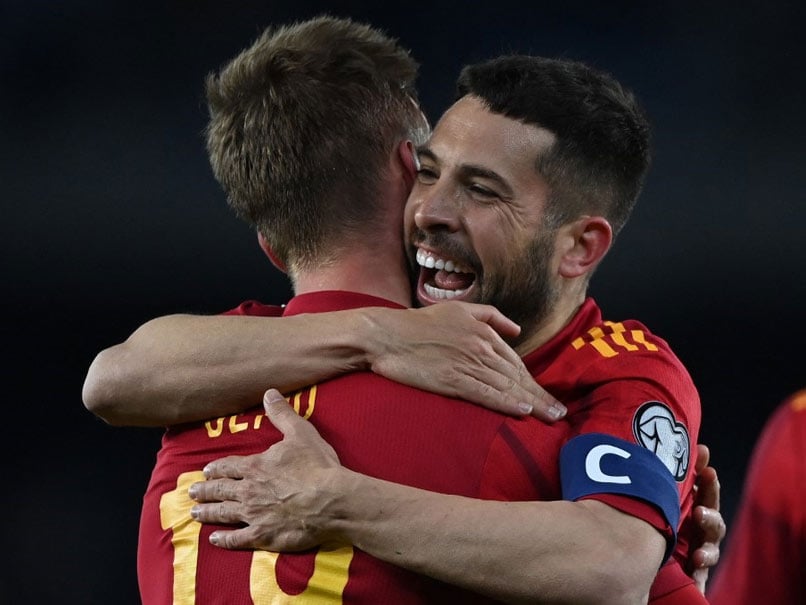 Dani Olmo’s injury-time strike gave Spain a 2-1 win in Georgia on Sunday as the 2010 world champions got their campaign to qualify for the 2022 World Cup in Qatar up and running. Georgian goalkeeper Giorgi Loria could only help Olmo’s rasping strike from 25 metres on its way into the top corner as Spain’s second-half pressure paid off and the sizeable crowd inside Tbilisi’s Boris Paichadze stadium was silenced.

Ferran Torres had equalised earlier in the second half for Spain, the Manchester City winger scoring his fifth goal from six starts for his country to cancel out Khvicha Kvaratskhelia’s opener just before half-time.

But the late goal from RB Leipzig’s Olmo was vital for Luis Enrique’s side, who were held 1-1 at home by Greece in their first qualifier on Thursday.

The result also sees Spain extend their remarkable record of not having lost in 65 World Cup qualifiers going back 28 years to a 1-0 defeat in Denmark in March 1993.

They continue their Group B campaign at home to Kosovo in Seville on Wednesday.

Luis Enrique made seven changes to his team from the Greece match with Pedro Porro, the full-back currently on loan at Portuguese league leaders Sporting from Manchester City, making his debut.

There were also first starts for Barcelona midfielder Pedri and for 20-year-old forward Bryan Gil, on loan this season at Eibar from Sevilla. Both had made their debuts as substitutes against Greece.

Athletic Bilbao’s Unai Simon kept his place in goal and made a crucial save to keep out Guram Kashia’s 18th-minute header.

Georgia are ranked 89th in the world and did not win a single game in qualifying for the 2018 World Cup, but they were hoping to claim a first victory here under new coach Willy Sagnol, the former Bayern Munich and France defender.

They were rewarded for a lively first-half display with the opening goal a minute prior to the interval as Otar Kiteishvili teed up Kvaratskhelia, the 20-year-old Rubin Kazan winger, who took a touch and fired low into the far corner.

Luis Enrique made two changes at the break, sending on Olmo for Gil and replacing Leeds United centre-back Diego Llorente with Inigo Martinez.

The visitors improved in the second half and drew level in the 56th minute when Torres turned in Jordi Alba’s low cross from the left.

However it looked like they would have to settle for a point until Olmo struck in the second minute of added time.