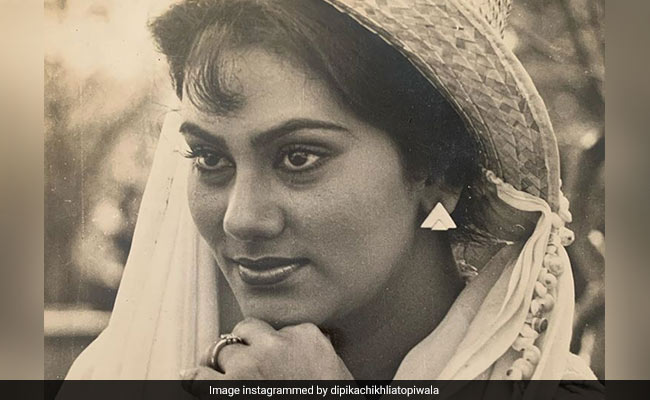 Actress Dipika Chikhlia often delights her Instafam with priceless gems from her throwback treasury. She made the most of this Flashback Friday by delving into not hers, but her mother’s throwback album and picked out a few of her favourites. Dipika Chikhlia’s new album of photos on Instagram are nostalgia-dipped and just a mere recollection of her days gone by. Talking about the simplicity of the photos and her intention of sharing them, the 55-year-old actress wrote: “Some old pics from my mum’s album. Nothing much to write home about but they are memories.” Here are the many moods of Dipika Chikhlia in flashback mode:

Dipika Chikhlia, who is best known for playing the role of Sita in Ramanand Sagar’s Ramayan, often offers blasts from the past from when the show was a rage on Doordarshan. In this now-and-then post, she features with her Ramayan co-star Sunil Lahri, who portrayed the role of Lakshman.

This is when Dipika Chikhlia gave a shout out to the power of sisterhood with a photo from Ramayan sets. “Sisters waiting in a queue… they are bound by an umbilical cord and yet how different are they and their life journeys,” she wrote.

Some of Dipika Chikhlia’s throwback posts are accompanied by interesting anecdotes from Ramayan sets. Like this one, which tells the story of a time when someone pointed out a snake dangling from a tree she was shooting under.

Dipika Chikhlia was last seen in the 2019 film Bala. Dipika Chikhlia just announced her next project in which she will portray the role of political leader and poet Sarojini Naidu in a biopic.