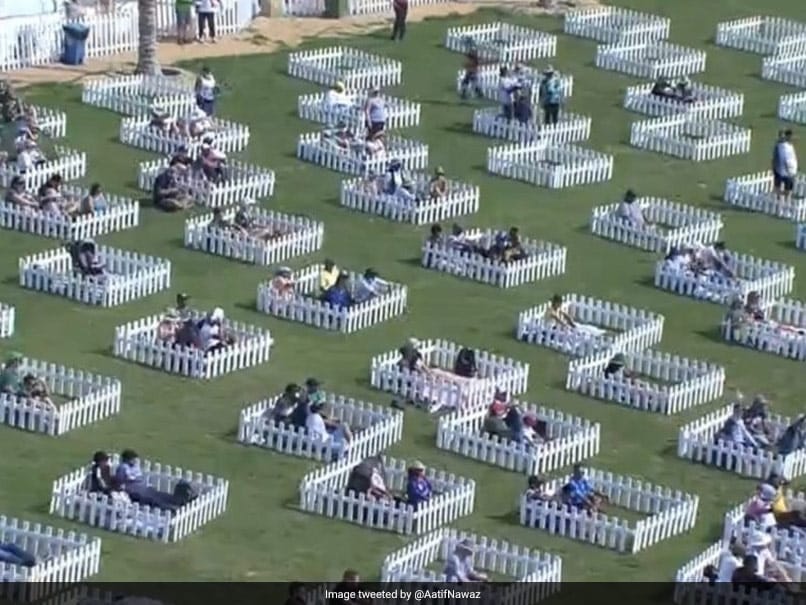 The Super 12 Stage of the T20 World Cup got underway in Abu Dhabi with a day match between Australia and South Africa. The two teams are placed in the highly competitive and Group 1 and making a good start to the tournament was the agenda ahead of the match. Aaron Finch won the toss and put the Proteas in to bat and his bowlers backed him up with a strong bowling performance as South Africa could only manage 118/9 in 20 overs.

Mitchell Starc, Josh Hazlewood and Adam Zampa picked up a couple of wickets each as the Aussies never let the South Africans off the hook. Aiden Markram scored a 40 to give some respectability to the final total.

While boundaries were difficult to come and the match moved along at a slow pace, it did not deter the fans to come out in numbers and watch game in the sweltering heat. What was interesting to see was how the open seating was organized at the Sheikh Zayed Stadium.

ICC posted a video on its Instagram handle showing how the spectators were enjoying the match from an enclosed seating space.

“We had to take a moment to admire these socially distanced family pods that fans are taking in #AUSvSA from!” ICC wrote along with the video.

South African bowlers fought back hard to make a match out of it. Australia lost half their side for 81 but the duo of Matthew Wade and Marcus Stoinis took the match deep and eventually it was Stoinis who finished the match by hitting a boundary as the Aussies won by 5 wickets with 2 balls to spare.

Josh Hazlewood was adjudged “Player of the Match” for his figures of 2/19 from four overs.