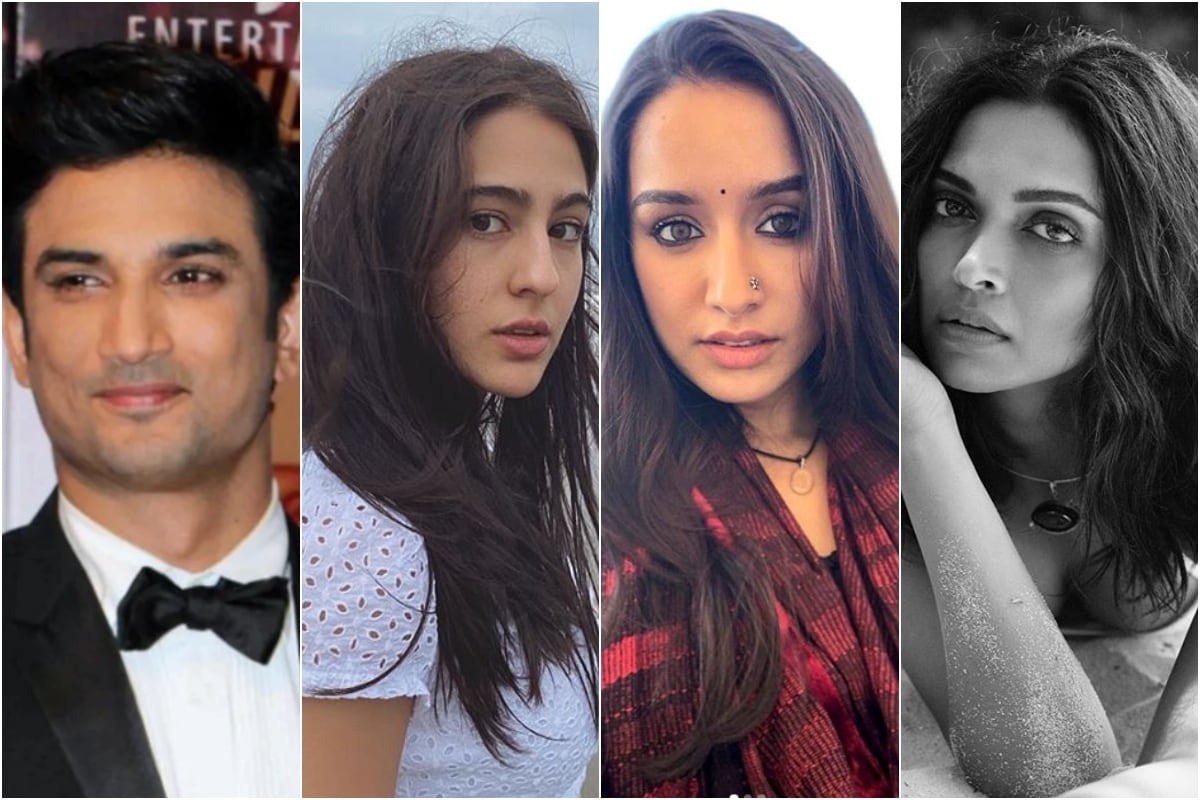 Sushant Singh Rajput case LIVE Updates: During the Narcotics Control Bureau’s (NCB) investigation into the illegal substances angle in Sushant Singh Rajput’s death case, a wider drugs nexus in Bollywood has surfaced. On Wednesday, the NCB summoned actresses Sara Ali Khan, Shraddha Kapoor, Rakul Preet and Deepika Padukone for questioning. A senior NCB official related to the probe told IANS, “Summons have been issued to Deepika, Sara, Shraddha and Rakul for questioning. Besides four Bollywood actors, the NCB has also summoned fashion designer Simone Khambatta.” Film producer Madhu Mantena reached the NCB office earlier in the day for questioning. Talent manager Jaya Saha, who has emerged as a person of interest for the NCB in the ongoing probe, has confessed to procuring drugs for actress Shraddha Kapoor, Sushant and Madhu, sources have said.

Meanwhile, actress Rhea Chakraborty and her brother Showik Chakraborty, who have both been arrested by the NCB and placed in judicial custody till October 6, filed an application in the Bombay High Court seeking bail on Tuesday. Their lawyer Satish Maneshinde said the plea will come up for hearing on Thursday after a holiday was declared due to water logging in the city.

As per NCB sources, Bollywood actresses Deepika Padukone, Sara Ali Khan, Rakul Preet and Shraddha Kapoor have been summoned in the drug related probe in the Sushant Singh Rajput case. As per sources, Deepika will be called for questioning on September 25 while Rakulpreet will be questioned on September 24.

Film fraternity is questioning the leaking of drugs chat and revelation of selective names of Bollywood personalities in the NCB’s drugs probe. Actresses whose name have come up during investigation are remaining silent on the issue. Meanwhile, Bollywood alleges that it has now become a witch hunt and only solid proof should lead to arrest.

WhatsApp chats accessed by the NCB in Sushant Singh Rajput case have revealed drugs such as marijuana, CBD oil (an extract of cannabis), cocaine and MDMA being used in Bollywood parties.

Take a look at this report.

Jaya Saha has reached the NCB office for questioning for the third straight day on Wednesday. She has emerged as one of the key person of interest who are under NCB scanner in the ongoing drugs probe in Sushant Singh Rajput case. Jaya’s leaked chats with Rhea Chakraborty and others has led to the explosion of a Bollywood- drugs nexus.

Here’s a list of questions that NCB has prepared for film producer Madhu Mantena.

— How prevalent is drugs culture in the work ecosystem of KWAN agency?

— Were you aware of drugs being procured by talent managers for KWAN’s agents?

— Did you ask for curated marijuana from Jaya Saha?

—  Who are part of the WhatsApp group where consumption of curated marijuana and other drugs was discussed?

#NewsAlert – Film Producer, Madhu Mantena being grilled by the NCB.

‘How prevalent is the drug culture with KWAN?; NCB asks Mantena.@Herman_Gomes shares details with @shreyadhoundial.#BollywoodDrugLink pic.twitter.com/WkPlZ7j6wS

Talent manager Jaya Saha has confessed to the NCB that she secured CBD oil (a derivative of cannabis) for Shraddha Kapoor, Sushant Singh Rajput and film producer Madhu Mantena. Meanwhile, Jaya has denied having any communication with actress and Mahesh Babu’s wife Namrata Shirodkar.

In her bail plea to Bombay High Court, accused Rhea Chakraborty has stated that she is innocent and the NCB is deliberately trying to invoke stringent charges against her and her family. She also stated that she is being subjected to a ‘witch hunt’.

‘Will defer questioning by a day if needed’: NCB. @Herman_Gomes shares details with @SiddiquiMaha. pic.twitter.com/56wbqKYhze

Another question on everyone’s mind is whether Deepika Padukone will be summoned by the NCB in its ongoing drugs probe or not. It is said that several chats discussing drugs are on the radar of the anti-drugs agency. These conversations are allegedly between Deepika and her manager Karishma Prakash.

Rhea Chakraborty and Showik Chakraborty’s bail plea hearing has been postponed till tomorrow after Bombay High Court declared a holiday in light of Mumbai rains, their lawyer has shared. The decision has been taken by the Court;s Chief Justice after heavy water logging in the city.

Bombay High Court Chief Justice has declared a holiday today for HC, after severe waterlogging in city. Today’s board to be taken up tomorrow: Satish Maneshinde, Rhea’s lawyer.

Rhea & Showik Chakraborty had filed bail pleas in NDPS case before HC, it was to be heard today. pic.twitter.com/1W3s3eNzDH

Bollywood talent manager Jaya Saha has emerged as a key player in drugs probe in Sushant Singh Rajput case. Her alleged chats with top Bollywood stars are also under the scanner and some A-listers may be summoned by the NCB in the coming days for questioning.

KWAN Talent Management is under NCB radar in the ongoing drugs probe in Sushant Singh Rajput case. The firm’s CEO Dhruv Chitgopekar was questioned for close to six hours on Tuesday and will be summoned again on Wednesday.

While first rejecting Showik Chakraborty’s bail plea in Sushant Singh Rajput case on September 11, the court had argued that he is likely to tamper with evidence collected in the case if let out.

Rhea and Showik Chakraborty’s bail had been denied earlier on September 11 on the basis that they could ‘alert’ those named in their statement to the NCB. Now, they have applied for bail again after their judicial custody was extended till Oct 6 on Tuesday.

Sushant Singh Rajput’s sister Shweta had started a campaign in memory of her late brother in which she asked fans to dedicate messages to the actor with hashtag ‘Message4SSR’. The family has received over 3 lakh audio and video messages from his admirers.

The NCB has widened its drugs probe in Sushant Singh Rajput’s death case. The anti-drug agency is said to summon Bollywood actresses for questioning soon while it continues to grill suspects and make arrests in Mumbai.

In the NDPS case against them, Rhea and Showik Chakraborty filed a bail plea in Bombay High Court on Tuesday after their judicial custody was extended by 14 days till October 6. Their bail will come up for hearing today.