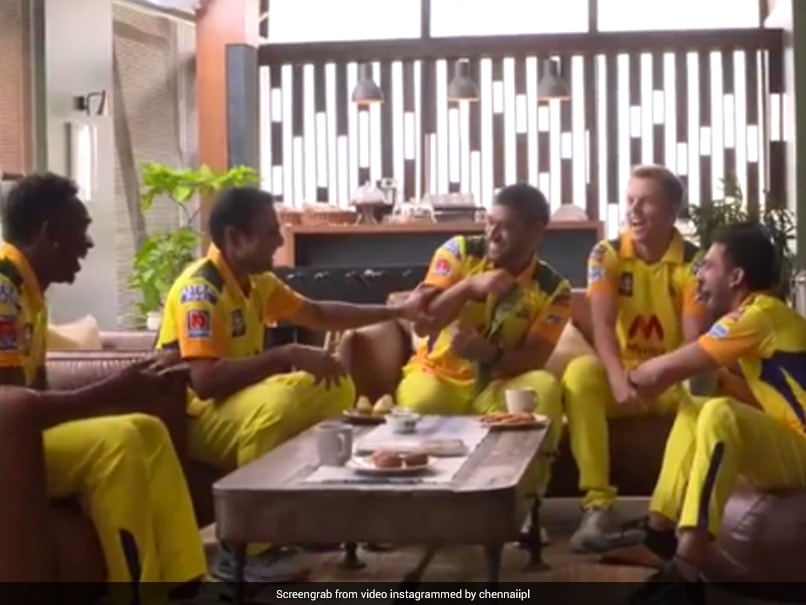 MS Dhoni was seen having a laugh with his CSK teammates during a fun photoshoot session.© Instagram


MS Dhoni, former India captain, was seen sharing a light moment with West Indies all-rounder Dwayne Bravo and other Chennai Super Kings teammates in a ‘Behind The Scenes’ (BTS) video the three-time Indian Premier League (IPL) champions posted on social media on Saturday. In the 58-second-long video, CSK stars can be seen having a gala time during a team photoshoot session. CSK skipper MS Dhoni seemed to be in a jovial mood as he was seen having a laugh with his teammates.

CSK finished seventh on the points table last year as the three-time IPL champions failed to qualify for the play-offs for the first time in the history of the franchise-based tournament.

The Chennai-based franchise have invested in the likes of Moeen Ali and Krishnappa Gowtham this season as they look to turn their fortunes around.

Chennai will open their IPL 2021 campaign against last year’s runners-up Delhi Capitals on April 10. CSK are in Mumbai and have started their preparations for the upcoming season of the IPL.

On Thursday, CSK suffered a big blow as their Australia international Josh Hazlewood decided to pull out of the upcoming season as he wanted to spend some time with his family ahead of a packed international schedule.

“It’s been a long 10 months in bubbles and quarantine at different times, so I decided to have a rest from cricket and spend some time at home and in Australia in the next two months. We’ve got a big winter ahead too. The West Indies is going to be a long tour, with Bangladesh T20 tour potentially thrown on the end of that,” Hazlewood had said.

Chennai Super Kings have not named a replacement for the Australia fast bowler so far.