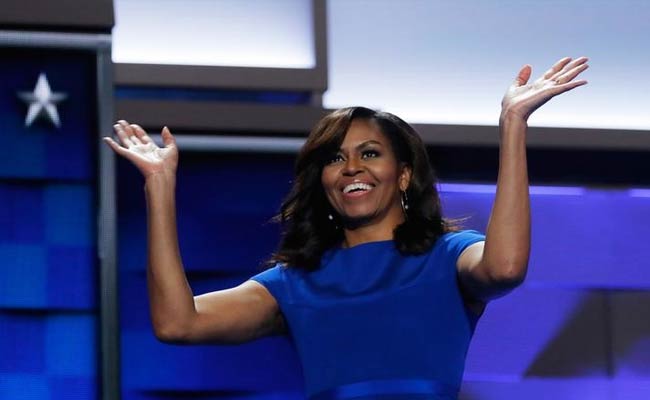 Barack Obama’s popular wife anchors the primetime slot on the opening night of this year’s anything-but-normal convention that aims to present an alternative future to what Democrats call Trump’s politics of division.

The four-day jamboree was to be held in Milwaukee in a sign of eagerness to win back Wisconsin, one of multiple Democratic strongholds which flipped to Trump in 2016.

But the coronavirus pandemic, which has killed at least 170,000 Americans, upended presidential campaigning and the convention will take place almost entirely online — as will the Republican event, which begins on August 24.

Biden sought to downplay the awkwardness of an American political ritual being held without the usual roaring crowds and falling confetti.

“We may be physically apart, but this week Democrats are coming together from across the nation to put forth our vision for a better America,” the Democratic veteran, Obama’s vice-president for eight years, tweeted.

Trump, not to be outdone, flew to the Midwest for two Monday speeches including one in Oshkosh, Wisconsin about a 90-minute drive north of the Milwaukee arena where Democrats had intended to gather.

“I know all of these people very well, I beat them all last time,” Trump told Fox News about the Democrats addressing the convention, including both Obamas, 2016 nominee Hillary Clinton and erstwhile Biden rival Bernie Sanders.

The convention takes place amid a furor over Trump’s efforts to limit mail-in voting.

The president, insisting without proof that it fosters fraud, has threatened to block extra funding that Democrats say is urgently needed to allow the US Postal Service to process millions of ballots.

Democratic Party chairman Tom Perez said the convention would push back against Trump’s “assault on our democracy” by highlighting efforts to protect voting by mail.

“This president can’t win on the merits and so he has to cheat. And it’s shameful,” Perez told a Washington Post webcast.

Biden and Harris will address the convention live via videolink, while other speeches will be “a mix of live and curated content,” the campaign confirmed.

But the New York Times reported that Michelle Obama’s speech has been pre-recorded, in part to avoid any embarrassing technical glitches on the opening night of an unprecedented convention.

Biden enters the week with significant but tightening poll leads over Trump, and hoping his pick of Harris — the first woman of color on a major party’s presidential ticket — will invigorate Democrats.

The senator, former prosecutor and daughter of Indian and Jamaican immigrants is 55 and brings relatively youthful energy to bolster the 77-year-old Biden.

The former first lady will be joined at the top of the bill by Sanders, a leader of the party’s progressive wing.

At the 2016 convention she memorably told Democrats: “Our motto is, when they go low, we go high.”

On Wednesday Barack Obama will speak, and Harris will have her spotlight moment before the convention culminates Thursday when Biden formally accepts the Democratic nomination and delivers his acceptance speech via videolink.

Trump’s efforts to steal the show include delivering a speech near Scranton, Pennsylvania — the blue-collar town where Biden grew up — to coincide with the biggest moment in Biden’s political life.

First he jets into Wisconsin ahead of the Democratic spectacle and will likely skewer his 2016 rival Clinton’s absence in the swing state then, and Biden’s no-show now.

Jill Gillmore, a 37-year-old Trump supporter from Kenosha, Wisconsin, recalled as much as she entered Trump’s rally.

Democrats “passed over Wisconsin in 2016 and they’re doing it again today,” she said.