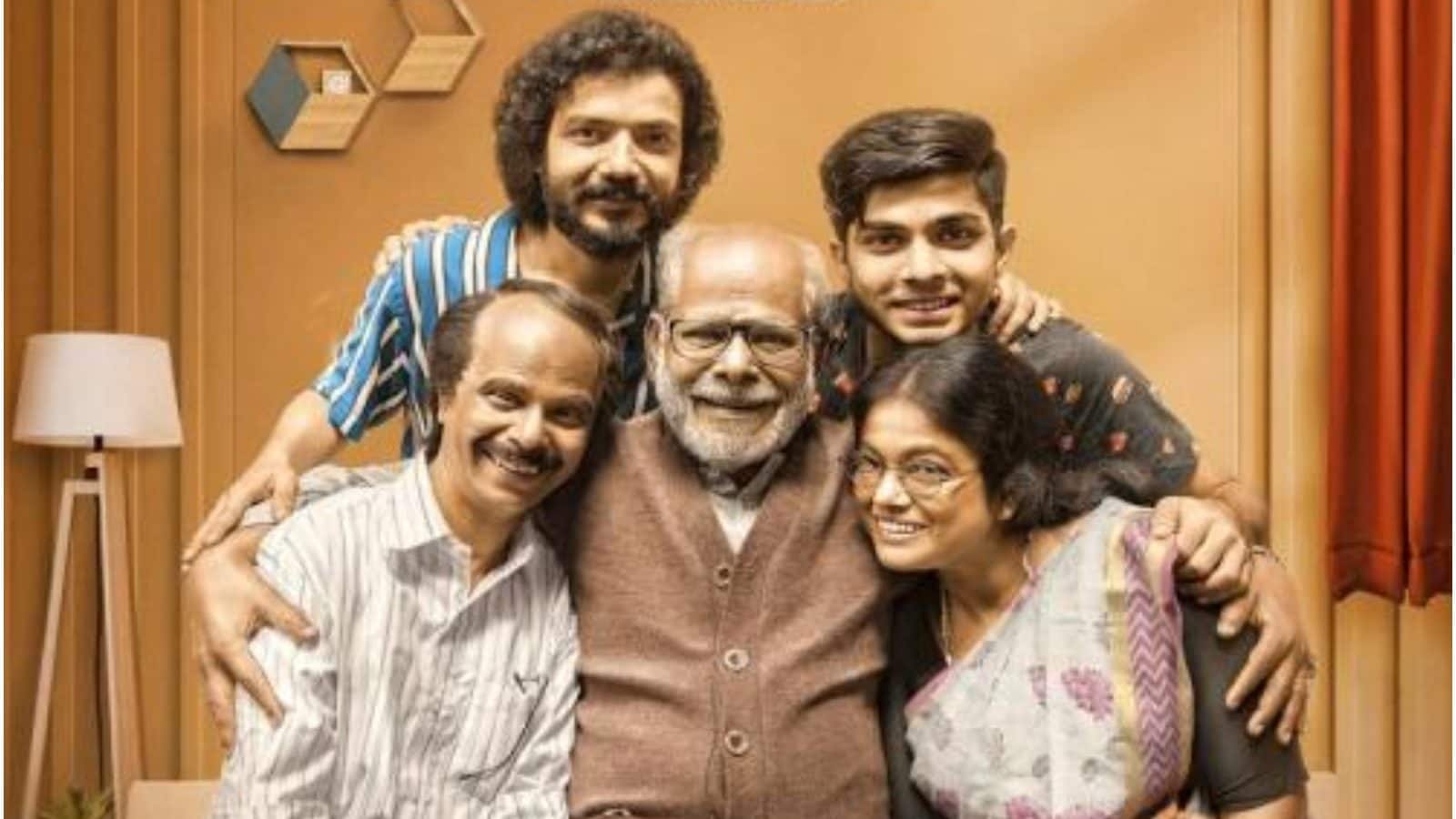 There is a bit of novelty in Rojin Thomas’ Malayalam work, #Home, now streaming on Amazon Prime Video. People are named after English literary characters, like Oliver Twist, while his brother is Peter Pan and sister, Mary Poppins! We do not see the last two; we merely hear about them from Mr Twist, a man in his sixties, played by the exceptionally remarkable Indrans (Remember him in Adoor Gopalakrishnan’s Pinneyum? Of course, he has acted in innumerable movies since then).

In #Home, he just cannot handle technology, not even a smartphone, and while enumerating the advantages of being tech-savvy, the film also underscores how mobile phones, for instance, have taken away the spirit and soul of social interaction. But Twist evolves to master a smartphone — to the amusement at first, and amazement later, of his two sons, Antony (Sreenath Bhasi) and Charles (Naslen K Gafoor).

While Twist’s story is garnished with a lovely twist and a bit of humour, the sub-plots about Antony and others are just about passe. He is a film director, who after a blazing debut comes to his parents’ home hoping that he will be able to get over his writer’s block. However, his constant arguments with his fiancee, Priya, create obstacles, and he keeps missing one deadline after another to submit his story and script. Added to this is his problem with his bank over EMI payments. Snippets about his younger brother, Charles, seem at best silly.

Also, Twist’s visit for psychiatric evaluation and his continuing disappointment with Antony laced with his own failure in cassette business add further to an already crowded canvas. The narrative gets stretched to 160 minutes, and appears all diluted. In fact, midway through the movie, the core plot of Twist’s technological challenges is all but forgotten!

#Home has little to offer, except Indrans’ fine piece of acting. Really disappointing when compared with Thomas’ 2015 Manju Warrier-starrer, Joe and the Boy, which won two Kerala State awards.

(Gautaman Bhaskaran is a movie critic and author of a biography of Adoor Gopalakrishnan.)