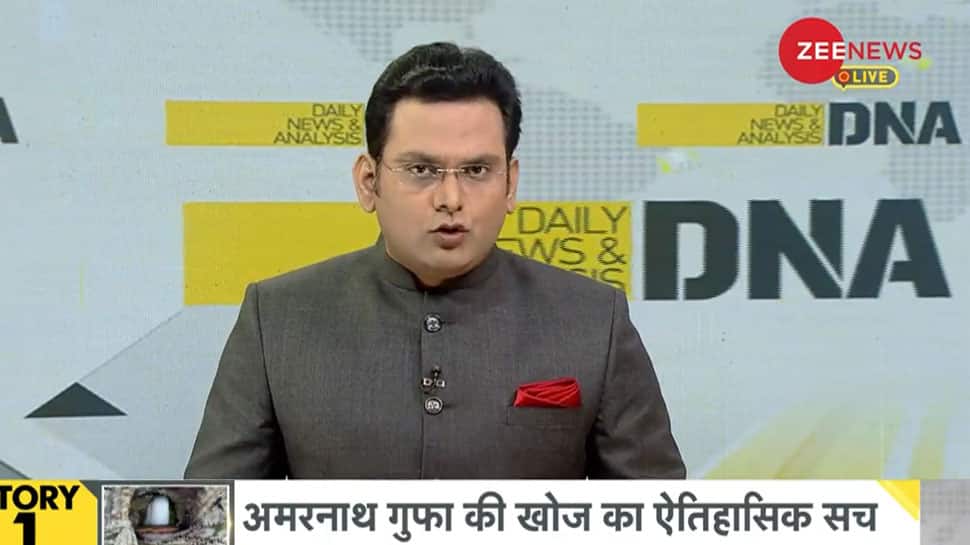 NEW DELHI: Famous writer Mark Twain once said that “a lie can travel halfway around the world while the truth is still putting on its shoes”. This implies that a lie spreads so fast that the real truth is left far behind and the slowly whole world starts believing this real ‘truth’ to be a lie. This has happened several times in the history of our country. In today’s edition of DNA, Zee News anchor Rohit Ranjan unravels the truth behind the discovery of the holy Amarnath Cave – one of the most sacred places linked with Lord Shiva.


We all know that the Amarnath Cave shrine holds a special place in Hinduism, it has been reiterated many times by historians and a certain section of our society that this holy cave was actually discovered in the year 1850 by a Muslim shepherd named Buta Malik.


Though our Puranas tell a different story about the Amarnath cave, it has been established that the revered cave was discovered by the Shepherd, Buta Malik who met a saint while his cattle were grazing in the field. After receiving a bag full of coal from the saint, he went back to his home and when he opened it; to his surprise he found the bag full of coins of Gold. Shocked and surprised to receive this unexpected gift from the saint, he immediately went back to the place where he had met him to thank him. But instead of the saint, he found the sacred cave and the Shiva Linga. This led to the discovery of the Amarnath cave in 1850. Since then, the Amarnath cave became a major place for pilgrimage among Hindus.


This story establishes that the Amarnath cave – the centre of the Hindu faith – was discovered by a Muslim shepherd and therefore, the Hindus should remain eternally grateful to this man for discovering one of the holiest places in Hinduism.


But before we explore the real story of the Amarnath cave, lets us look at some very interesting facts – the Amarnath Cave is located in Anantnag district of Jammu and Kashmir. It’s situated five thousand 486 meters above the sea level. The length of this cave is around 19 meters and the width is 16 meters.


The legend about the Amarnath starts with Goddess Parvati asking her husband, Lord Shiva about the beads (Rudra) that he donned on his head. Lord Shiva explains to her that he first started wearing the beads as a symbol of her birth. Every time she is born, a bead is added. To which the Goddess replies “why do I die and reborn every time, whereas you are immortal?”


And it is for this reason, that Lord Shiva found an isolated cave to narrate the story of immortality to his consort Goddess Parvati. On his way to the cave, he gives up all his ornaments, elements and his chief disciple Nandi. After reaching the cave, on his command, Kalangi burns the place around the cave so that no living creature survives and sneaks on the story.


In the cave, Shiva undergoes meditation and narrates the story of immortality to his wife. Amarnath also finds mention in the Linga Purana, which was written in the fifth century. In the 12th chapter of Linga purana, there is a verse on page number 487, which states that ‘Amareshwar’ or Lord Shiva is seated in the Amarnath cave. If the Linga Purana, written in the fifth century, mentions Amarnath cave, how can the story of Buta Malik discovering the holy cave in the 1850 can be true.

Let us tell you some more facts – in the 12th century, a treatise was composed by Kalhana, the ancient historian of the ruler of Kashmir, which is popularly known as Rajatarangini. The 267th verse of Rajatarangini is related to this Amarnath cave.


Ain-e-Akbari, which was composed in the 16th century by Abul Fazl, one of the Navaratnas of the great Mughal emperor Akbar, states that there is an ice figure in a cave, which is called Amarnath. This is a holy place and at the time of full moon, snowdrops form a unique ice structure, which people consider it to be the divine form of Lord Mahadev and this snow structure starts melting slowly after the new moon.

Besides this, a book by famous 17th century French Physician, François Bernier, also mentions the Amarnath cave. Bernier was one of the physicians of the Mughal rulers and stayed in India during the 17th century for about 12 years. During this time, he traveled to Kashmir with the Mughal ruler Aurangzeb and also visited the Amarnath cave. He had mentioned this in his book – Travels In The Mogul Empire.


Apart from this, the famous British explorer Godfrey Thomas Vigne also came to India and toured Kashmir from the year 1835 to 1838. In one of his books written in the year 1842, he had written about his journey to the holy Amarnath cave. This book is written in two parts. While Pahalgam and Amarnath cave find mention in the first volume of the book, page number 7 and 8 of the second part describe how to reach the Amarnath cave via Pahalgam.


In his book, he narrates that on the 15th day of the holy month of Sawan, devotees come to the Amarnath cave and offer prayers to Lord Shiva. This book was written in 1842 – nearly eight years before the so-called discovery by Buta Malik.


Ignoring all these historical facts, historians in India have repeatedly tried to establish that the Amarnath cave was discovered by a Muslim shepherd, and no one knew about it before that.

What is even more startling to know that the descendants of Buta Malik guarded the Amarnath cave for several decades and they used to get one-third of the offerings made by the devotees here. This continued till the year 2000 but after the Atal Bihari Vajpayee government formed the Amarnath Cave Shrine Board and the donations to Buta Malik’s descendants was stopped. 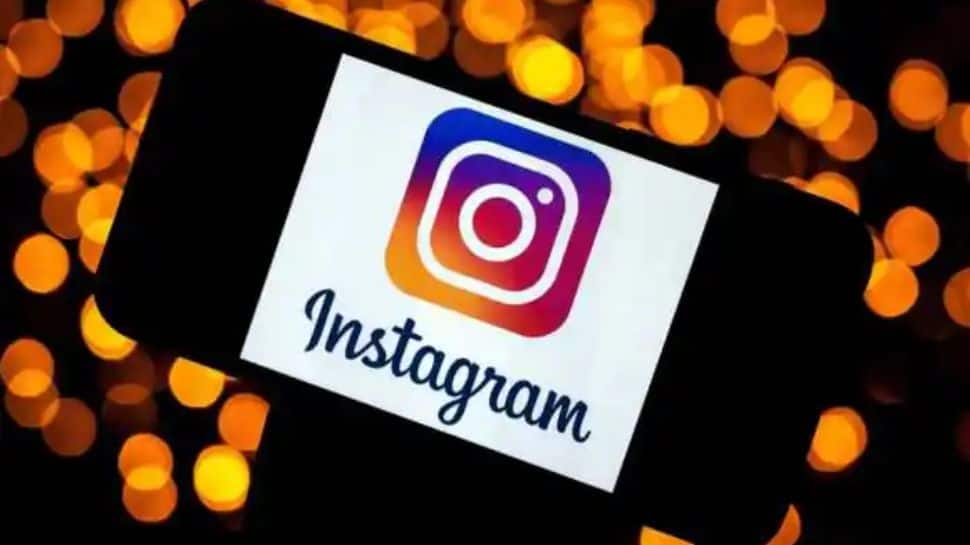 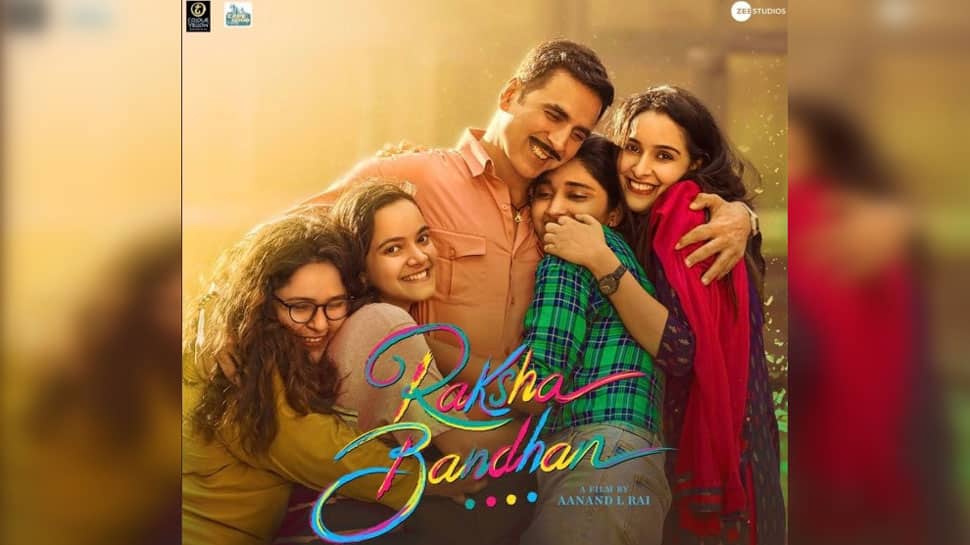 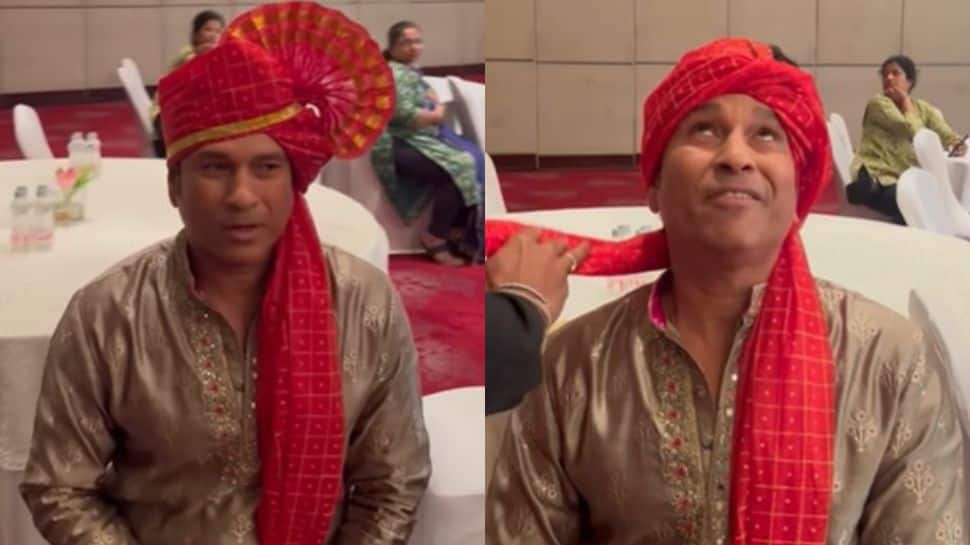