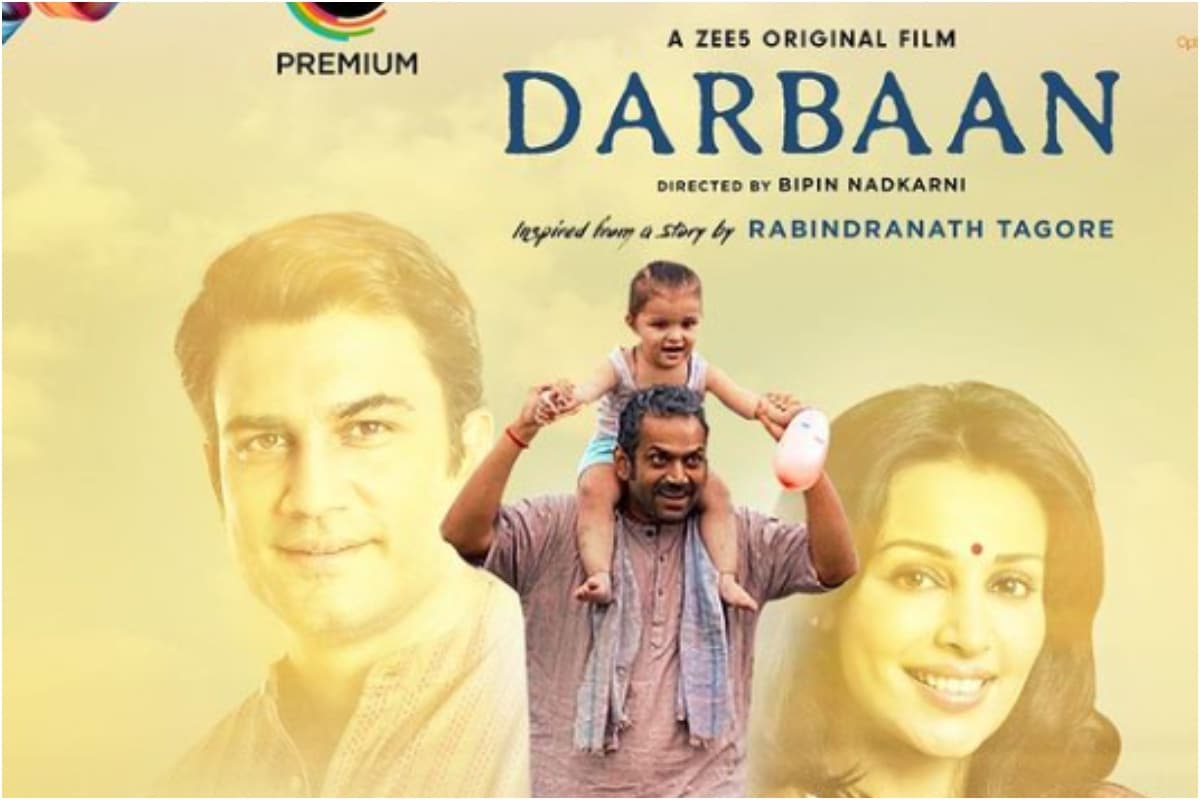 Nobel laureate Rabindranath Tagore’s stories are universal and have an essential timelessness about them – 0ne of which is Khokababur Pratyabartan (The Return of Little Master). Penned in 1891, this tale was adapted in a 1960 Bengali language movie with the evergreen matinee idol, Uttam Kumar, essaying a loyal servant in a sprawling zamindari haveli in the coal-mining town of Jharia. I have not seen the film, but Zee5 has just begun streaming a Hindi adaptation of the Tagore story, and co-scripted and directed by Bipin Nadkarni, Darbaan (Guard) – that is the title – begins in the early years of the 1970s when the then Prime Minister, Indira Gandhi, nationalised dozens of coal mines, a move that ruined several wealthy private owners.

Nadkarni’s Darbaan begins on a happy note in Jharia with coal-mine owner Naren Tripathi’s (Harsh Chhaya) baby son, Ankul, sharing a warm and affectionate relationship with their darbaan, Raicharan (Sharib Hashmi). But when the mines are taken over by the Government, Tripathi sells his haveli and moves out. Raicharan returns to his wife, Bhuri (Rasika Duggal), and farming in village.

Years later, a grown Ankul buys the haveli back, settles down there and still nursing fond memories of Raicharan, asks him to take care of his little boy. But a tragedy with the child drowning in a swollen river destroys the trust that Ankul and his wife, Charul (Flora Saini), had placed on their darbaan.

Although Tagore’s stories have been made into excellent adaptations for the screen, and they have worked, Darbaan has not aged well. It is disappointing, and some issues appear out of place in today’s times.

For instance, why does Ankul return to Jharia, back into his old haveli? Or, why is Raicharan willing to be enslaved to the third generation? With the plot stretching to 2000 or so, Raicharan’s sense of loyalty, unquestioned and complete, 30-odd years later seems not just odd, but unbelievably farfetched. What is more, this loyalty or sense of submission pushes him towards a supreme sacrifice!

The only redeeming feature in the film is Hashmi, who portrays well the joys and sorrows of being part of a household whose fortunes swing from one extreme to another. Most of the narrative looks too superficial, and the writers have not been able to capture the essence of the times, the regality of the coal-miners’ lives does not come through with any conviction. Certainly, Tagore could not have bargained for this.