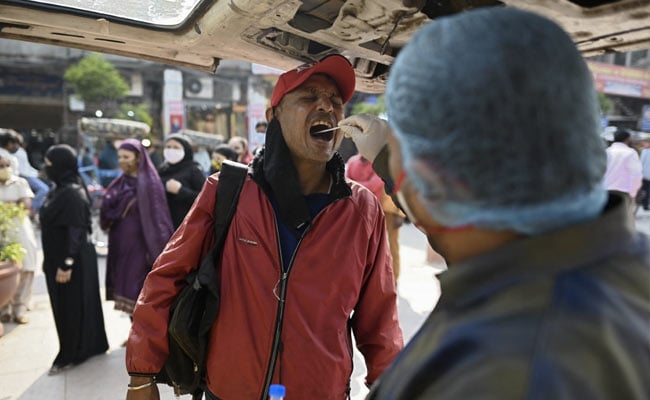 115.79 crore vaccine doses have been administered so far under the nationwide vaccination drive.

Here are the LIVE Updates on Coronavirus cases in India:

The risk of stillbirth is about twice as high for women with Covid compared to those without, and grew to about quadruple during the period when the Delta variant became dominant, a large US government study said Friday.

The analysis, carried out by the Centers for Disease Control and Prevention (CDC) was based on more than 1.2 million deliveries between March 2020 and September 2021 from a large US hospital database.

Overall, stillbirths were highly rare, accounting for 0.65 percent or 8,154 deliveries.

But, after using statistical methods to account for the effect of other variables that might bias the result, stillbirths were 1.47 times more common among Covid-positive mothers pre-Delta, 4.04 times higher after, and 1.90 times higher overall.

A 45-year-old woman, who had tested positive for coronavirus on May 1 this year, was discharged from a medical facility in Gujarat’s Dahod city, after 202 days of hospitalisation, her family members said on Saturday.

Geeta Dharmik, whose husband is a railway employee at Dahod, had tested positive for the infection during the second wave of the pandemic on her return from Bhopal, they said.

She had to be hospitalised for a total of 202 days before the doctors at Dahod railway hospital decided to discharge her after her recovery, they said.

“The family members were overjoyed to receive her home on her discharge from Dahod railway hospital on Friday. She remained hospitalised at Dahod and Vadodara for a total of 202 days, during which she was kept on ventilator and oxygen support,” her husband Trilok Dharmik, an engineer with the Railways, said.