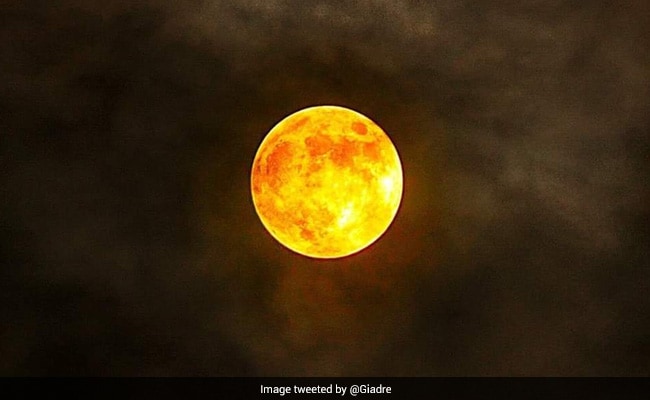 People around the world will be able to witness the supermoon till Friday early morning. (File)

The biggest Supermoon of 2022 is set to appear tonight. This year will witness total of four full Supermoons with the third one being visible this week. The next Supermoon is slated to make its appearance on August 12, according to NASA.

Supermoons occur when a full moon is within 90 per cent of perige or the point where the moon is closest to Earth in its orbit. This celestial phenomenon causes the moon to appear bigger and brighter than usual.

The Supermoon will become visible on Wednesday, July 13, and will be seen for the next three days, said NASA. People around the world will be able to witness it till Friday early morning.

The July Supermoon is also called Buck Supermoon as this is the time when the new antlers of the buck or male deer grow out of their foreheads. These deer shed their antlers every year that regrow again. The Supermoon is also named the Thunder moon as frequent thunderstorms are witnessed around this early summertime.

The brightest Supermoon or Buck moon will begin to shine on Wednesday at 2:38 pm EDT or 12:08 am IST (Thursday). It will appear full consecutively for three days and one can spot the Supermoon till early Friday morning. “The next full moon will be Wednesday afternoon, July 13, 2022, appearing opposite the Sun in Earth-based longitude at 2:38 p.m. EDT. This will be on Thursday morning from the India Standard Time Zone eastward to the International Date Line,” NASA wrote on its official website.