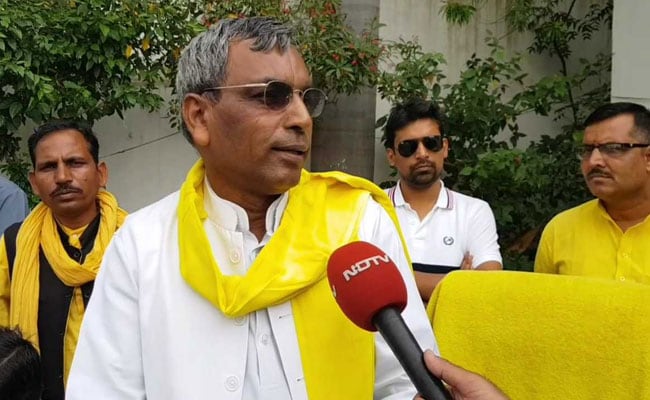 Mr Rajbhar heads the Suheldev Bharatiya Samaj Party (SBSP) which has six MLAs in the Uttar Pradesh legislative assembly. He said that the decision was taken after discussions with party leaders and office-bearers.

A former BJP ally who switched sides in 2019, Mr Rajbhar is the latest to break ranks with the opposition after former Maharashtra Chief Minister Uddhav Thackeray and Jharkhand Chief Minister Hemant Soren earlier this week.

Uddhav Thackeray – who initially supported opposition candidate Yashwant Sinha – had switched in favour of Ms Murmu on Tuesday. The move was widely seen as an attempt to stop the growing rift within the party that led to the collapse of his government just weeks before.

Led by Chief Minister Hemant Soren, a tribal himself, the JMM leads the ruling alliance in Jharkhand – where 26 per cent of the population is tribal – since 2019. Ms Murmu, who is from Odisha, has been Governor of Jharkhand too.

In selecting a woman from a disadvantaged Adivasi community, the BJP-led National Democratic Alliance has made it exceptionally difficult for parties to oppose its choice and has drawn widespread support across the political spectrum.

If elected, Ms Murmu will be the first tribal woman to be the President.

An NDTV tally earlier this week showed she had over 60 per cent of the vote from lawmakers.

With President Ram Nath Kovind’s term set to end on July 24, the election to choose the next President of India will be held on Monday.

The votes are cast via ballot paper in order of preferences for the candidates, least-voted, of whom get eliminated one by one.

While the value of votes of every MP is fixed, the value of MLAs’ votes differs based on their states’ population.

6 More Bodies Recovered, Search On To Rescue Others In UP Boat Tragedy