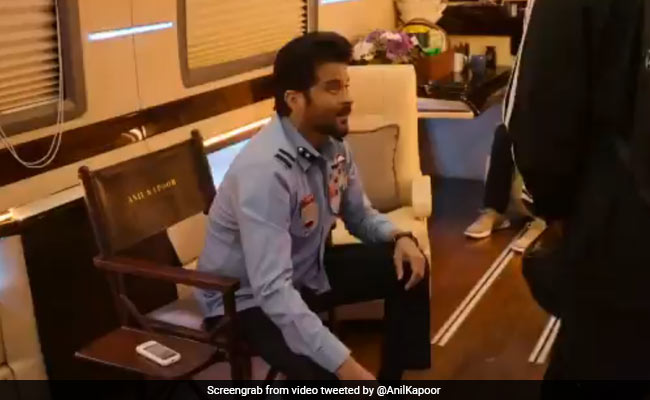 Anil Kapoor-starrer “AK vs Ak” will release on Netflix on December 24.

The Air Force today demanded “withdrawal” of a few scenes from a soon-to-be released Netflix movie – “AK vs AK” – after a teaser was shared on Twitter by Bollywood actor Anil Kapoor.

“The IAF uniform in this video is inaccurately donned & the language used is inappropriate (sic),” a tweet posted on the Indian Air Force’s official handle read.

It further said: “This does not conform to the behavioural norms of those in the Armed Forces of India. The related scenes need to be withdrawn. @NetflixIndia @anuragkashyap72.” Director-Producer Anurag Kashyap and Netflix India were tagged in the post.

“AK vs AK” is a Vikramaditya Motwane movie, starring Anurag Kashyap and Anil Kapoor, “as themselves”, according to Netflix. It will be released on December 24.

The IAF uniform in this video is inaccurately donned & the language used is inappropriate. This does not conform to the behavioural norms of those in the Armed Forces of India. The related scenes need to be withdrawn.@NetflixIndia@anuragkashyap72#AkvsAkhttps://t.co/F6PoyFtbuB

In the one-minute long clip, Anil Kapoor, 63 and Anurag Kashyap, 48, are seen sparring as the seasoned actor uses foul language against the director-producer who is rarely seen in front of the camera.

On his Twitter handle, Anil Kapoor has been thanking the fraternity members for praising his work in the new project, said to be a mockumentary drama.

In the post that was shared by the IAF, he wrote: “No more fooling the audience please. As promised, the REAL narrative of #AKvsAK from the REAL AK.”

Earlier this year, the IAF wrote to the Central Board of Film Certification, complaining against its “undue negative portrayal” in the movie “Gunjan Saxena: The Kargil Girl”

“Dharma Productions had agreed to represent Indian Air Force (IAF) with authenticity and make all efforts to ensure that the film helps to inspire the next generation of IAF officers,” the Air Forces said in its letter to the censor board, which was also sent to Netflix and Dharma Productions.