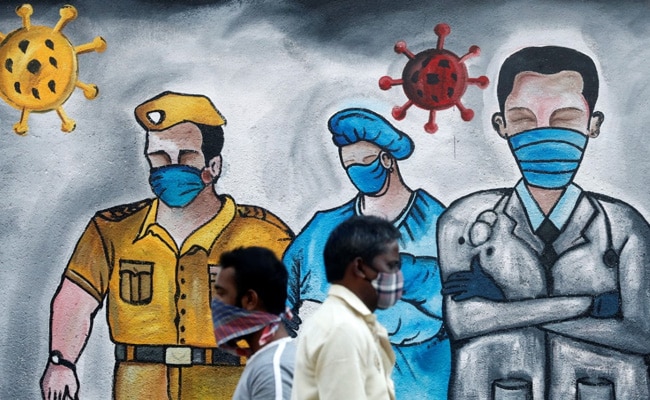 COVID-19 has hit men harder than women in India, where 70 per cent of the approximately 1.47 lakh people who died since the national outbreak in January were male.

The data was shared by Health Ministry on Tuesday when it briefed the nation on its fight against the coronavirus amid detection of the more aggressive UK-variant in India.

“Seventy per cent of all deaths due to COVID-19 have been reported among men. Forty-five per cent deaths have been reported in those below 60 years of age,” Union Health Secretary Rajesh Bhushan said giving an age- and gender-wise distribution of the total cases.

“Sixty-three per cent of total cases were amongst men… 52 per cent cases were in the 18-44 age group but only 11 per cent deaths were reported from this segment,” he said.

According to the health Ministry, daily deaths in the country – among lowest per million in the world – have slipped to under 300 a day, active cases are at 2.7 lakh after six months, and the cumulative positivity is at 6.02 per cent.

As the Health Ministry shared the significant strides made in containing the spread of the coronavirus disease in India, it also shared that the UK-coronavirus mutation – “70 per cent more infectious” than the old one – has been detected in at least six travellers who landed in the country.

“It is important to remember that it is easy to tackle a virus or a new strain at the beginning, before there are multiple chains of transmission,” the centre said as it made genome sequencing of all Covid-positive foreign returnees between December 9 and 22 mandatory.

The “70 per cent more communicable” mutation has emerged in India just as the country recorded its lowest daily case rise in over six months, fanning fears of another wave of infections that may lead to more lockdowns across states and UTs.

NITI Ayog member Dr VK Paul said restrictions, such as night curfews, may be imposed as the major population is still susceptible to COVID-19 infection in this cold weather.

“The UK (coronavirus) variant has travelled to several other countries and also to India. It may have its own run and we have to very careful. One can’t be careless,” he said.

However, the centre said there is no evidence the vaccines developed against Sars-CoV-2 would not protect against the new Covid strains from UK and South Africa.

Experts have suggested, based on studying the new strain’s structure, that 90 per cent of the virus structure was still the same and the existing vaccines should remain effective.

Globally, there are more than 8.1 crore cases of coronavirus, of which 1.02 crore are in India – second worst hit after US. The new strains threaten the country’s recovery from the pandemic and resulting economic turmoil. To protect the gains made, the Centre has said it would study genomic sequence of the novel coronavirus more rigorously since a mutation could appear locally too.